The Jesus Myth
No one asked me!

Informing Americans about "the Jesus myth" seems to be the agenda of Teresa Bain, a "former pastor" who is now Communications Director for American Atheists. She and her organization, out of concern for Christians felt it critical to inform us that we could now, with the benevolent permission of the American Atheists, dump Jesus as myth." Times Square boasts an enormous billboard recommending this very thing. 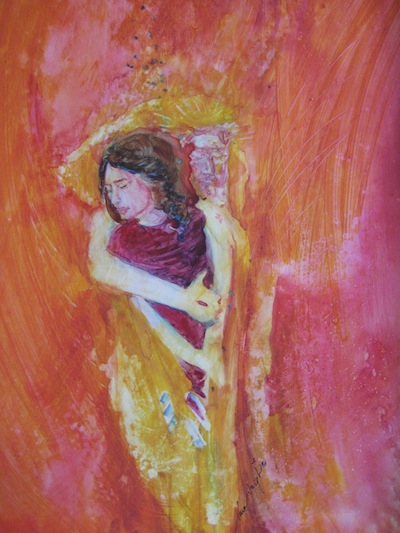 “We know that a large population of ‘Christians’ are actually atheists who feel trapped in their family’s religion,” said David Silverman, president of American Atheists, the group responsible for the display.

“The true beauty of the season – family, friends, and love – have nothing to do with the gods of yesteryear. Indeed, the season is far more enjoyable without the religious baggage of guilt and judgmentalism.

Dump the myth and have a happy holiday season.”

Read more about it here, if you care to.

Far from being offended, I was struck by an interview regarding this billboard with a spokesperson from American Atheists, a  fresh-faced, intelligent young man. Had I the opportunity to meet with him over coffee, I'd tell him why Jesus was not a myth. But no one asked me! Had he taken the time to sit down with countless other Christians like me to really listen to them, he might have a different perspective on whether Jesus was a myth.

Since I will probably never meet with him, or others like him, who hold so fervently to the position that Jesus is a myth, let me tell you, and others who may stumble on this page, why I know otherwise.

A myth is an invented story, idea or concept, an imaginary or fictitious thing,  an unproved false or collective belief… These are some definitions that I pulled from a dictionary. A myth is without power, and therefore by its very nature should be a trifling matter in the grand scheme of things. Why fight for attention with a giant billboard on Times Square about something which should really pose no threat to anyone? No billboards vie for attention recommending dumping Santa's reindeer, Zeus, Superman…

Jesus
Pen and Ink
Sara Joseph
"For unto us a child is born, unto us a son is given: and the government shall be upon his shoulder: and his name shall be called Wonderful, Counselor, The mighty God,
The everlasting Father, The Prince of Peace." Isaiah 9:6 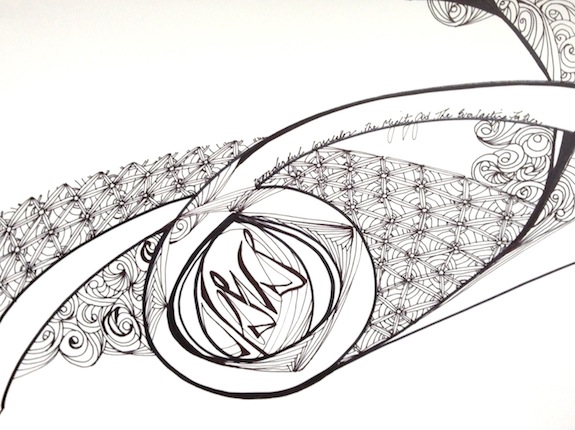 Yet, rather than argue about the "Jesus myth", I'd like to be a witness to a dynamic reality - the reality of the living Jesus. He is no more a myth, than my husband and sons are. I know Him and there is nothing that you, or any billboard, can do to convince me otherwise. To suggest to me to "dump the Jesus myth" would ludicrous.

Jesus is not  a myth because He is alive and real. Besides,
•  He marvelously changed my life when I was powerless to do so
•  He constantly validates His power by honoring His numerous promises to me
•  He is knowable; I know Him, just as surely as I know others who are dear to me


Just like all precious human relationships, I look forward to getting to know more about Him over time.

I could argue about theories and air my opinion about many things. You too could do the same and perhaps change my opinion on a variety of issues by the persuasiveness of your argument.

But what you are powerless to do to me and to countless other Christians worldwide, is to tamper with what we have experienced.

Therefore, dear Atheist,  you, who looked old enough to be my son, know this - we Christians will never go away. Our "Jesus myth" is our greatest treasure. The world's largest billboard, emblazoned with all the lights you can find, will never convince us that Jesus is a myth.

Nothing that you suggest is innovative or new, generations have come and gone, attempting to do this very thing… to write Jesus off as insignificant, or as you so crudely recommended, to "dump" Him. Generations of fiercely powerful kings, by edicts and brutality, have failed to do what you, in your youth, think you can accomplish with a billboard! The "Jesus Myth" has survived for centuries. If you were a student of history, you would know that.

If there are "Christians" who feel trapped in their family's religion, I am certain that far from being Christians, they are those who have heard the doctrine but not yet experienced the reality of Jesus. Christianity is not a trap, but a privilege, a choice,  and with it an exquisite freedom. It is life, love, laughter, joy, growth, peace, hope and far more than I can articulate here.

Don't fret, we won't fight you with a larger billboard, we don't have to. What we  have, is a treasure we carry within us. Our very lives are infused with the certainty of our individual experiences with Him. That knowledge is inextricably a part of who we are.

We will carry the reality of those precious experiences to our graves.  It is not a static reality which is the stuff of doctrine, ritual, history books or other people's accounts, but rather an organic reality of His very presence in our ordinary lives, growing more beloved and familiar with each passing day.

That knowledge compels us to talk about Him, write about Him, give in His name, help others with His strength, create art as an expression of our love for Him…

In doing so, our hope is that you, the atheist, will also find Jesus intriguing. Perhaps you too will discover that Jesus is not a myth, but life itself and the embodiment of all truth.  Rather than argue about billboards or resort to violent protests…we will continue to live our lives, confident in the truth of Jesus' power, supremacy and love.

All that we do and say will stem from that truth. It may not appear to be much, but our quiet witness will outlast your billboard, as it has for centuries!

Finally, if I sound too much like your mother, here is a young witness, using her talents to not "dump the Jesus myth", but rather exalt Him as He so deserves, in her unique style!

Read about a relief sculpture that demonstrates the folly of suggesting to Christians that they "dump the Jesus myth".