Who and what do we respect, value or esteem?

Christians ought to be unusual people. What Jesus accomplished on the cross has made us a distinct race, regardless of ethnicity, color or social background. Understanding its benefits, in all its far reaching splendor, is quite a challenge in this complicated, twisted world.

"My sheep hear my voice, and I know them, and they follow me: And I give unto them eternal life;  and they shall never perish, neither shall any man pluck them out of my hand."
Jhn 10: 27,28 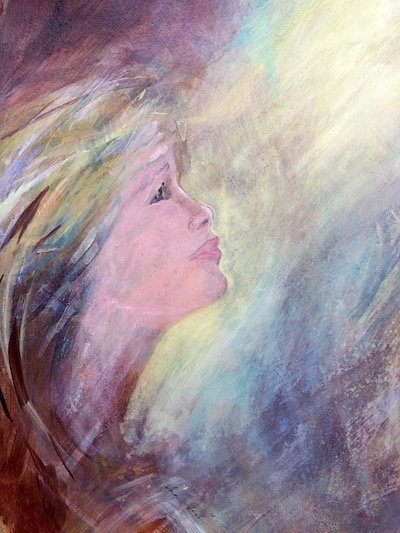 We form ideas on how the world works by observing others around us. Awed by those who are exceptional, we admire the wealthy, the powerful, the beautiful, the athletic,  the gifted..

We assume that they receive the best that life has to offer. Their exceptionalism is usually rewarded monetarily or by favor; their opinions are heeded and everyone values what they esteem.  Observing the respect with which others treat them further confirms our conviction that these are people who deserve preferential treatment.

Jesus, however, demonstrated that all humans, created in the image of God, deserve our respect. He commands us to follow His response to people when He walked upon the earth.  Serve “the least”, He said, as if we were serving Him, hinting that to Him “the least” was of greater importance than those we consider great. Those who were marginalized, forgotten, unlovely, slow or poor were to be respected,  if we respected Him.

How about those who were rich, powerful and celebrated? He also treated them with dignity and compassion, aware that without Him they are truly destitute. They enjoyed abundance only because He blessed them with it. However, their self-sufficiency and ignorance of their need for His presence in their lives revealed their poverty!

Jesus’ response was not contrary to the ways of God as described in the Old Testament. Until Israel demanded a king, they had none. God was their king. When they clamored for it, He gave them kings - fallible human beings who were no match for the wisdom with which He once led them. He insisted that kings be regarded as no more than a mere mortals with a responsibility to rule wisely. Such thinking was in striking contrast to the kingdoms around Israel where kings reigned as gods. Celebrities, who are idolized today are no different.

God insisted that the Jewish people also have a priestly order that ministered independently of the king. Both the office of the king and the priests were to be distinct and separate - a reminder that God was the supreme authority. Both were accountable to Him. No man was to ever take His place. That was to be the world view of the people of God.

A people with such a perspective on society, with its hierarchies of power, fame and influence, will regard human beings as extremely valuable - yet not so valuable that they are adored as more than mere mortals under a mighty God. Those with the capacity to understand this hierarchy of authority and worth possess the potential to be powerful, independent influencers. That is who we ought to be as Christians!

As a Christian artist, I remind myself that I will not be led by popular opinion, trends, financial gain, or even the potential for fame. Together, we can remain aloof from it, if we understand who we are in Christ.

We are children of the King of Kings, we answer to Him alone. If we have a need, He will take care of it. If our work languishes in obscurity, we have no reason to be concerned. Jesus is the Lord of our lives and He sees our labors. When they are undertaken in faith, they are commended and will be rewarded.

We have His word on it. His rewards are worth more than anything that anyone else can offer. Isn’t it effortless then to be unimpressed with the things that impress everyone else?

Grasping these truths should make us amazing people, who cannot be cowed by fear, distracted by temptations, wowed by money, prestige or any form of outward show. We respond only to the voice of our Lord.

If we truly lived like this, we would be a rare and unusual breed. Our immunity to trends, popular fads and the opinions of others would leave us open to innovate and be truly creative.

Others would notice, not necessarily because we were exceptional in what is popularly valued, but because all humanity is hungry for this sort of liberty. What joy to be free from the need to impress anyone!

Jesus, whose favor we seek, is easy to please. His yoke is easy and His burden light. For Him faithfulness is of infinite value. Demonstrating the grit that is indicative of independent spirits, we can  live free and impervious to coercion of any sort. Truly this is the freedom that Jesus was referring to, living undaunted by anything that would threaten or influence us!

Jesus demonstrated this kind of independence when He stood before Pilate, who had the sort of celebrity status that would be enviable in contemporary society.

“Do you refuse to speak to me?” Pilate said. “Don’t you realize I have power either to free you or to crucify you?”
Jesus answered, “You would have no power over me if it were not given to you from above." Jhn 19:11

Complete respect for Pilate and for God, the Father, was reflected in this simple statement of fact. Jesus did not denigrate Pilate or lord over him His divine authority. He simply stated what He knew to be true - He answered to a higher power, as do we.

I ask myself this as I write this,
•    Do I possess the confidence that there exists no power over me that is outside the authority of my heavenly Father?
•    Will I show respect for all humanity, favoring those Jesus called special attention to - “the least”?
•   Can I respect others without idolizing them because of their power, wealth, beauty, or unusual talent?
•     Do I possess the calm assurance that serving God is worth far more than all the accolades that man can bestow?

There is no room then for fear, intimidation or insecurity is there?

Jesus demonstrated not even a trace of fear in His conversation with Pilate. That was before the cross where He won the battle for us!

After such a definitive victory, we truly ought to be an exceptional race of humans - Christians who are fiercely independent, yet quickly responsive to the commands of our King, Jesus.

That is a liberty that is enviable and irresistible!

Read about Waiting on God.