Sowing and reaping, as described in the parable of the sower, is truly relevant for the Christian artist. It is a spiritual principle, rich with meaning and brimming over with potential.  Could God perhaps have graced us with the ability to sow the riches of His word in our own unique, visual, non verbal languages in order to bear fruit worthy of His excellence?

The Sower
Sara Joseph
24x24" Polymer clay on board. 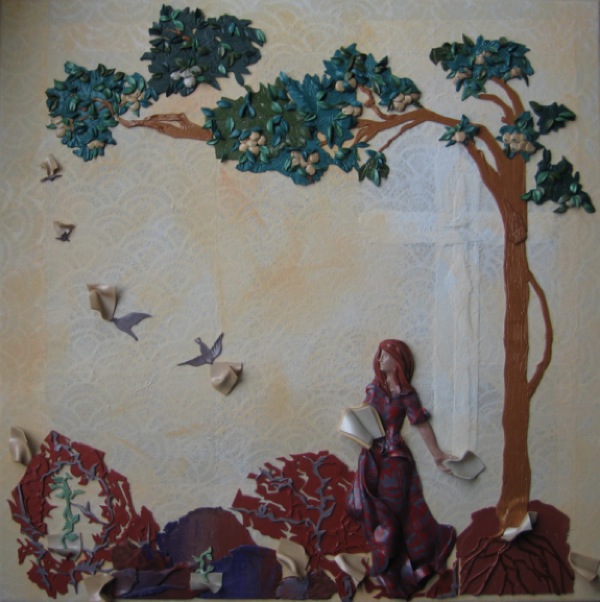 I've included a picture trail of my process to create this polymer clay relief sculpture to help other artists who may want to experiment with polymer clay. I don't always work this way every time - this method is peculiar to this particular piece.

I began each stage as a rough sketch in clay starting with the rough, unclothed sower. It was tweaked many times before settling on a final design. The cane that formed her dress was worked on next, followed by the seed that fell among thorns. You can see that there I got rather carried away and had to trim the thorny bush later! The fruit-laden tree was sculpted last. 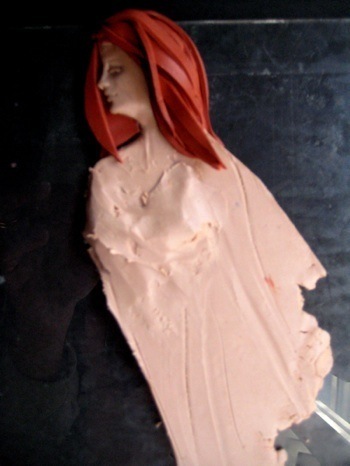 The principle of sowing and reaping appears rather self-explanatory. What could be more obvious? If you sow, you will reap. It is often taught as a principle for multiplying good actions in life and a fail safe formula for avoiding bad consequences.

However, when Jesus taught about sowing and reaping, He was referring to the principles of the kingdom of God. 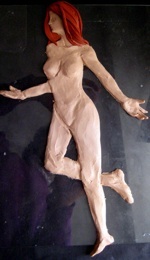 He focused on something altogether different than the seed that we tend to send our sights on. He taught that the seed was the power of the Word of God. Strangely enough, although the seed had the potential within it to grow and produce much fruit, the condition of the soil was a greater determinant of the seed's final productivity. 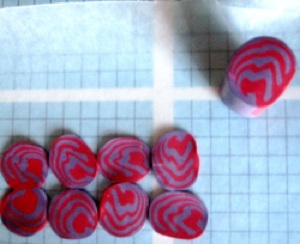 Keeping the soil of the heart soft and receptive, while jealously guarding it from apathy, greed, worries and hardness of heart, is possibly the best formula for fruit bearing.

It seems to me that God is far more interested in the condition of our hearts, while we obsess about sowing and reaping. If we were perfectly honest, we have to admit to enjoying the reaping more than sowing. What would be even better (if we could get away with it) is reaping without sowing!

All too often, we doubt the power of the seed to multiply more than we critique the condition of the soil of our hearts. 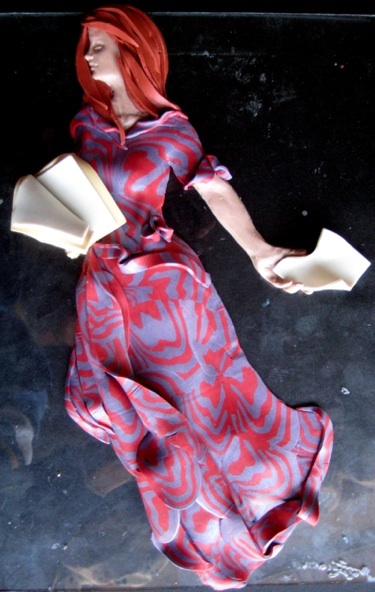 The parable describes the passage of time, the the heat of the day, the choking action of the thorns and the receptivity of the good soil. Sowing and reaping only happens in the context of extended time. Nothing about it is instantaneous, which is not a comfortable concept for my impatient nature. However, the promise of receiving more than just the seed sown is incentive enough for me to treat the principle with respect. A single seed does not produce another single seed but rather thousands! 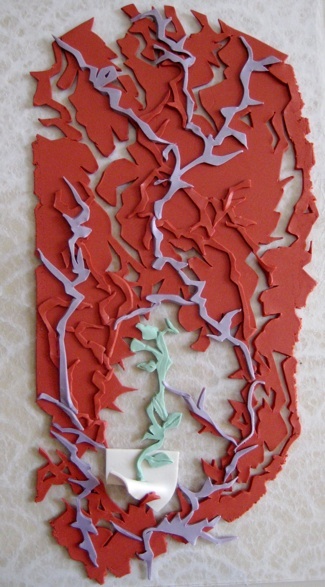 A different aspect of the parable of the sower is what I have chosen to depict in this relief sculpture. As people of the Book we have been called to share and spread the seed – the power in the words contained in those pages. Using every means available to us, each of us are called to spread the truth of those words much as a sower scattering precious seed. 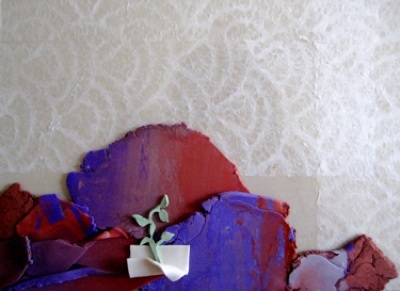 The seed of God's Word carries the power to change lives, to bring peace, to offer comfort and to make winners out of hopeless people. However, its greatest power is difficult for us, as earth dwellers, to fully comprehend. It holds the power of eternal life.

It never ceases to amaze me that the divine Maker of the seed ordained that there be no harvest unless we are faithful to sow. That He would choose to partner with fickle human beings is mind-boggling!

While He has equipped us with everything that we would ever need in the abiding presence of the Holy Spirit, He does not engage in the actual sowing. That has been left to us - we are His agents assigned to this monumental task.

When we look at the withering sapling on rocky ground it is tempting to despair and quit sowing. The shoots choking among thorns scream that it is futile to sow. The birds that swiftly snatch up precious seed from the common path mock us with their cunning.

And together, everything conspires to shout the very thing we must not do,

"It is in vain, so stop sowing!" That could not be further from the truth.

Just one sturdy, fruitful plant would make all our labors well worth it. The truth of the matter is that there is always good soil somewhere, which yearns for the seed. .

As I ponder this, I set myself resolutely to be faithful to sow in every season, until my term as the sower is up. That I pray, will also be your resolve. In the eyes of the Master our productivity will one day be assessed only with regard to our faithfulness to His command to be a sower of the Word.

Return from Sowing and Reaping to Home