The story of Rahab has all the ingredients of a steamy, fast-paced romance – with just the right measure of intrigue, drama and adventure. This is hardly a sanitized story that you would expect to find in a holy book. The Bible is replete with earthy accounts of real people, living gritty, often flawed, lives set in specific geographic regions and grappling with the same questions about God as we do today. 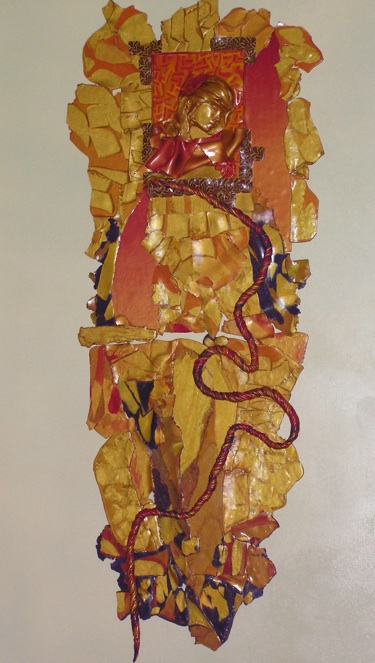 Rahab's story is rich and multidimensional. She was a harlot living in a pagan culture with only a rudimentary understanding of God. Her home was in the Jericho city wall and she was quite a woman.

If you are unfamiliar with her story, I would recommend that you first read it in Joshua 2. It is far better than me summarizing it for you.

One fateful night Rahab welcomed two men into her establishment. While seemingly an ordinary action in keeping with the nature of her business, that act would change her life, and the course of history. 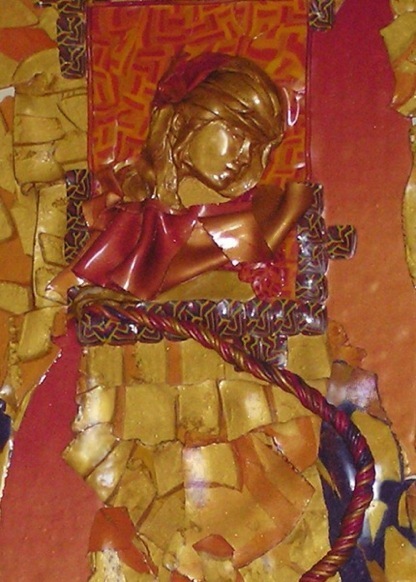 She acted on rumors she had heard of a people who worshiped One God. Her statement of faith is stunning, especially in contrast to the pagan culture that she was steeped in, where multiple deities were worshiped. In reverential awe, it is recorded that she told the spies, “.. the Lord your God, is God in heaven above and on the earth below.”

Exhibiting extraordinary courage, she had no qualms about lying to the king, who demanded to know the whereabouts of the men she hid. Lying was completely consistent with her character. Her sordid profession must have given her plenty of practice! While lying is never commended, her faith in this unseen God was.

Rahab, as an ignorant and pagan Gentile, is an uncanny picture of each of us who are non-Jewish Christians.

Her confession of faith pleased the God who created her. He overlooked her profession, her sinfulness and even her ignorance, and gave her a simple way out of her predicament. He is unchanged even today. In fact, the Bible states that without faith it is impossible to please Him.

She was facing a certain death by the Israelites, who were poised to overthrow her land and her people.

All she had to do was bring her loved ones under her roof, bind the scarlet cord on her window, and WAIT.

Her wait intrigues me. She had to trust in the return of those spies, trust that they would honor their promise, and most importantly, she had to trust the God she had only heard about.

She also had to exert enough influence with her loved ones, to keep them quarantined in her home, until the conquering army arrived. It was imperative that they were physically present in her establishment, with the scarlet cord waving in her window, if they were to be saved. There is no indication of how long the wait was.

All the allusions in the story are relevant for you and me today. We are unclean sinners, just like her. We are to trust in a generous, wonderful God, who asks no more of each of us than He asked of her.

All we have to do is to trust in His scarlet provision; the blood of His son, Jesus. Like her, our role is to inspire others to do the same. Then having done so, we must WAIT.

There is great treasure hidden within this story. She and her family survived the catastrophic overthrow of pagan Jericho by the Israelites, as promised. She married Salmon, whom scholars surmise may have been one of the two spies sent earlier.

What's more, she enjoys the honor of being listed in the genealogy of Jesus (Mat:1). She was his great grandmother, many generations removed. Her profession and conduct were not commended, as her confession of faith and her courage to act on it.

We are like Rahab; she is a beautiful picture of us - the living, organic, growing church rescued out of a pagan world and included in His family. That inclusion is based on the sacrifice of Jesus.

Finally, the instruction that the spies left her reveals an exquisite, hidden literary gem. The Hebrew word for the scarlet ‘line’, is ‘tiqvah’ – a word that is used frequently in the Bible meaning ‘ hope’- a powerful, expectant, eager, confident hope!

“Behold, [when] we come into the land, thou shalt bind this line of scarlet thread in the window which thou didst let us down by: and thou shalt bring thy father, and thy mother, and thy brethren, and all thy father's household, home unto thee.”KJV