The Land of Milk and Honey

"Hear, Israel, and be careful to obey so that it may go well with you and that you may increase greatly in a land flowing with milk and honey, just as the LORD, the God of your ancestors, promised you" Deut 6:3 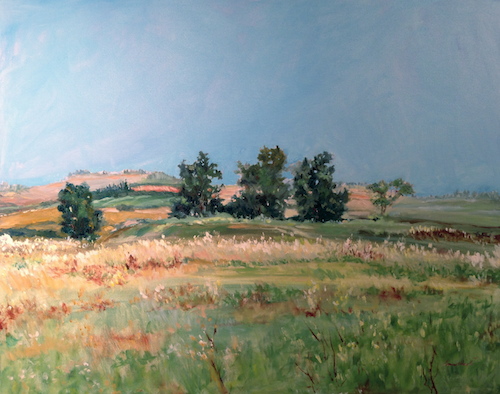 Why do we hear a magnificent promise of God, only to turn away? This seems to be the universal predisposition of mankind in response to the graciousness of God. The promise above was made to the Israelites about the land they were to possess. If liberty from bondage, oppression and slavery were not enough, God also promised that upon being rescued and brought out of Egypt, He would not leave them homeless. He had a wonderful place in mind for them - a land flowing with milk and honey! Increasing greatly in this blessed land was God's best for them.

Did they believe it? Perhaps partially, like we all do about God's marvelous promises! Sadly, turning away in unbelief did not bring about this life of promised increase in the good land. They proved that failing to believe God was a deadly error.

It is no different today. God's intentions are the same.  Turning away still brings about a dismal outcome – the swift death of His best for us.

The New Testament states emphatically that what was written about in the Old Testament was to be instruction for us today – a sort of blue print for us to follow. We were not to consider the account to only be region specific, although the words were indeed addressed to the Israelites of that time.

"These things happened to them as examples and were written down as warnings for us, on whom the culmination of the ages has come." 1Cr 10:11

God expects us to wisely examine the written record, consider the principles revealed, mull over the rewards for obedience, heed the punishments for disobedience and then govern our lives in the light of what we learn. The words in the Bible were to carry over the winds of time to warn and instruct us about spiritual principles and lessons that are as relevant today as they were then.

The reason for such consistency in the message is because of two unchanging factors – our nature and that of God. We respond to things the same way today despite our imagined and real, cultural and technological advances, or the years that have passed since the promise was first spoken. God, of course, never changes.

This land of milk and honey was to be a place where He could demonstrate His favor and the benefits of His presence to a nation, a specific group of people.  It was not with the intention of excluding others. Instead, He wished to demonstrate in those chosen the rewards of following Him and the dangers of ignoring Him. His intentions of good were to be understood just as much as His requirements for fidelity and obedience. Those intentions were to extend ever outward to whoever would take Him at His word, regardless of nationality, race, or any of the innumerable differences we seem to make much of today.

Can any of this be useful to me as an artist, you may ask? Every spiritual principle, if diligently practiced, is supremely important to you as an artist. I haven’t learned them all, or even a few. But I do know more today than I knew the year before. I am living this life of growth and increase. You can too! Unfortunately the few I principles I've learned have to be revisited often, simply because I wage a constant battle with my baser nature, finding disobedience far easier to yield to than obedience! Reviewing them often encourages and redirects me, as I hope they will you too.

Egypt represents the bondage we came from, the land we left behind when we asked Jesus to govern our lives, when we accepted His free gift of salvation. In Egypt we survived by strenuously striving, following alien rules made by others who did not have our best interests at heart. Egypt had a system, a hierarchy and a currency. We, without citizenship, could never hope of thriving there.

As a slave, I could never become the master. As an outsider, I could never be established. My future and destiny were doomed to the lowest strata of society. I had no hope of a better future, only the bleak prospect of my limitations binding me forever to poverty. This translates rather readily today into limited artistic ability, insight, ideas, resources, a non-existent sphere of influence and poverty in just about everything that could affect me as an artist.

Ah, but in the land of milk and honey, in Christ, I am in partnership with God and an heir of a superior kingdom. My currency is faith. There are no limits except those that I impose on myself because of puny faith. I am free! Free to dream and to create as I was meant to create. I am not bound by financial or any other limitations because God is my provider. I answer only to Him and He desires that I "increase greatly"!

Can I really believe that? Of course, I can…..and I must. Only by believing do I inherit the promise. Thankfully, I have the "Greater One" living in me, willing to remind me of these truths, should I fall into the awful predicament of considering only my limitations! What liberty, what joy! This is the land that we ought to metaphorically be living in – a reality of greater wealth that is supernaturally provided, received simply by childlike faith.

To those who may dismiss this as naïve, let me assure you that I am living it. In this land of childlike faith the milk is rich and plentiful and the honey is satisfyingly sweet!  It is available to anyone who will take it by faith.  Learning to heed His voice and diligently obey is the only requirement for dwelling here for all eternity!