Burnt offerings as a biblical concept is alien to us. God asked the ancient Israelis to offer sacrifices of the best of the land. The Bible teaches that without the shedding of blood there is no remission of sin. Every act of shedding blood, offering an animal on the altar to be consumed by fire was to be a powerful visual symbol of the destructive force of sin and its consequences before a holy God. The burnt offerings were substitutes for sinful man. With the destruction of the Temple in Jerusalem, this form of sacrifice as an act of obedience, repentance and worship ceased. 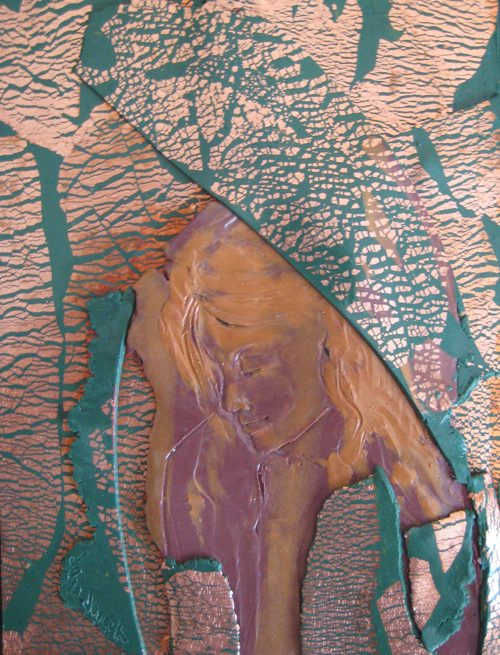 The work above is the finished piece. Given below are snapshots of the picture trail that led to the finished work. 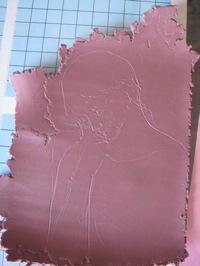 It is inconceivable to our modern minds, to imagine what it must have been like when animals were continually offered up to God. Animals without blemish were to be carefully selected as the offering of choice. These were a shadow of things to come. However, even before the law was given to Moses, God asked Abraham for his beloved son, Isaac, to be sacrificed as a burnt offering!

Isaac symbolized all that Abraham was – the substance of his faith thus far, and his hope for the future. Isaac was his promised child for whom he waited for in faith for years. While it may seem harsh in today's culture where we compromise and sacrifice for no one, let alone a God we cannot see,  God's request gives us an important insight to what pleases Him. It is faith in His word and in His character of absolute integrity. Abraham trusted God enough to know that Isaac would not be lost forever because God has promised much for Isaac's future. Isaac could not die even if he was consumed as a burnt offering. God's word could be counted on improbable as it appeared.

But could God count on Abraham's obedience? That was the question that was latent in His request for the sacrifice of Isaac.

This ultimate test of faith, just like for Abraham, is a voluntary and complete offering of ourselves - all that we are, all that we hope to be, our past, present and future. A willingness to be totally consumed by God is priceless to Him.

The savor that is 'sweet' to Him, is the savor of total surrender.

Isaac was redeemed, as we are, when we make a similar offering, in unconditional surrender to Him. Sacrifice is not God's objective as much as redemption! Years later on that very spot where Isaac almost became a burnt offering, Jesus willingly offered himself for each of us! 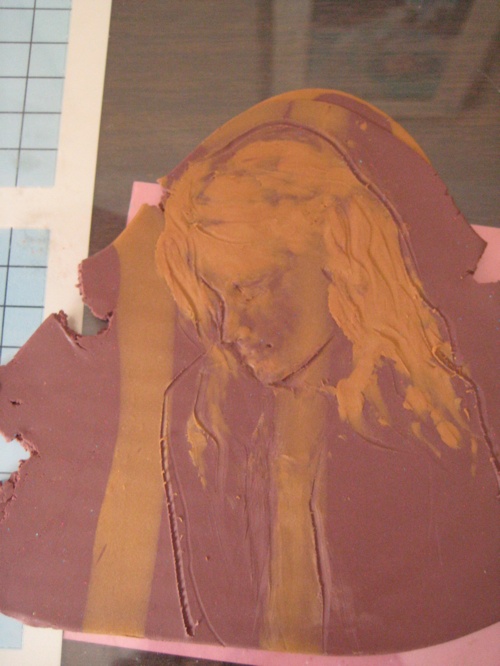 For this polymer clay relief, the face was lightly drawn on conditioned clay with a stylus. Some changes were made later, as you can see. I did not want to make the artwork too elaborate, because of the scale. This work is only 5x7” in size.

I placed the copper foil on the conditioned green clay, and ran it through the pasta machine to stretch it out. It also firmly fixed the foil on the clay.

Then some gold polymer clay was smeared very thinly over the brown clay, and scraped away. That is what gives it the two-toned effect. I also took care not make the relief too high.

The face was made prominent just by pressing down the areas that I wanted to emphasize.

When I was satisfied with the woman, I cut out the shape and placed it on the clay with the foil, weaving some of the pieces in and out of the work, like a collage.

When all the parts we firmly pressed together, it was fired to make it firm. I applied a thin coat of acrylic clear glaze over the work, after it had cooled, to make the foil permanent.

While this work was simple to execute, the actual offering of myself to God and His purposes, is a lifetime act of voluntary worship for me, as I suppose it will be for you!